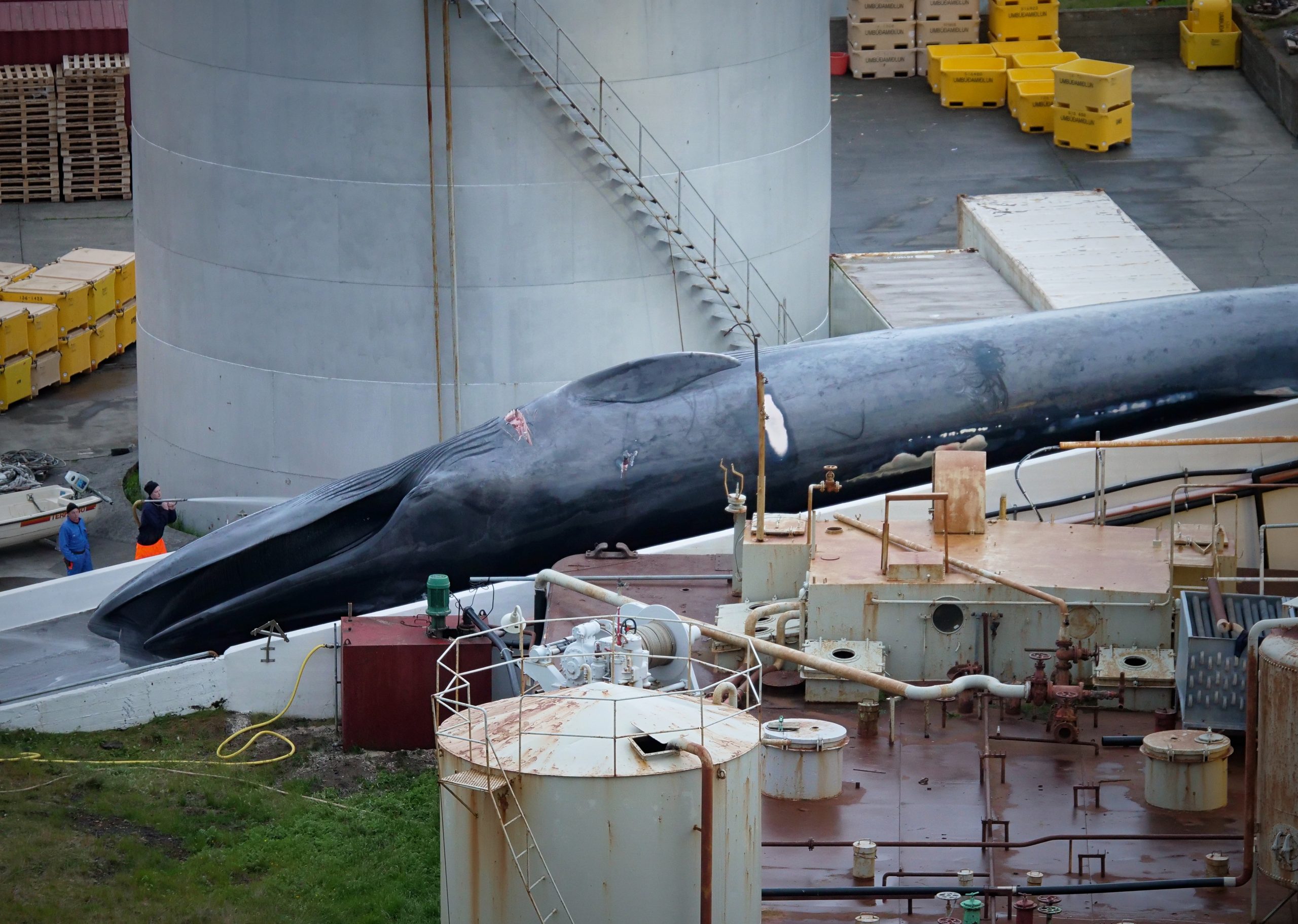 For the past nine years, Hard To Port has run annual campaigns to raise awareness of the cruelty of the Icelandic commercial whale hunt. Through our hard work and persistent efforts, Hard To Port has become one of the most dedicated and recognizable advocates for whales in Iceland.

When we began our awareness-raising work, one of our first campaign targets was the huge information gap that had been instrumental in shielding the Iceland whaling industry from greater public scrutiny.

Until 2015, commercial whaling operations in Iceland took place largely outside the public eye. Information about the operations was mostly provided by those who had a vested interest in portraying these operations as “humane” and “efficient”. The public’s ability to scrutinise the accuracy of this portrayal was greatly hampered by the fact that whaling operations take place at sea, and there is no official mandate to provide independent surveillance of the operations.

In 2015, Hard To Port spearheaded efforts to fill this information gap by launching our “Whaler Watching” campaign in an attempt to monitor and document commercial whaling activities in Iceland independently. The idea behind this campaign was simple: If we want to have an unbiased and informed debate about the commercial whale hunt, then every aspect of this hunt must become visible. With this concept, we have enabled a critical look behind the curtain of this highly secretive industry.

In 2018, our campaign revealed the tragic accidental killing of two rare hybrid whales – the crossbreed of fin and blue whales. These rare crossbreeds are not supposed to be killed, though without any proper reporting requirements in place, it is hard to tell how often such accidental killings happen.

This 2018 incident was widely covered by national and international media outlets, including CNN, BBC, The Telegraph, ABC News, and Sydney Morning Herald, many of whom contacted us for a statement and reproduced our photos. For a short period, the tragic killing of these rare hybrid whales catapulted the commercial slaughter of whales in Iceland into the international spotlight.

It is safe to say that without Hard To Port’s monitoring efforts, this incident would most likely have gone unreported and unnoticed.

During our 2022 campaign, Hard To Port revealed a number of obvious animal welfare violations during Iceland’s fin whale hunt. The use of two harpoons, misfired harpoon shots and malfunctioning whaling equipment (undetonated harpoon grenades) have been documented several times by our team. There has been a great interest in our findings by local media and authorities. Please see our latest news releases for more information about our latest investigative work.

Today, the future of this archaic and isolated whaling industry looks a lot bleaker than it did when we began our work nine years ago. A historic turning point lies ahead as Iceland’s current administration has decided to put the country’s whaling policy under close scrutiny. Earlier this year, the country’s minister of fisheries and agriculture, Svandís Svavarsdóttir, went as far as to cast doubt on the renewal of whale hunting permits.

Go To Homepage Go To Campaigns